Share a memory
Obituary & Services
Tribute Wall
Read more about the life story of Willie and share your memory.

Willie Lee Minnieweather affectionately known as “Moody” by his family, was born in Mer Rouge, Louisiana on September 2, 1935 to Hubert and Emma Minnieweather.  Willie was the youngest of eleven children.  He attended school in Galion, LA and then transferred to a middle school in Bastrop.

As a young child Willie attended church with his grandparents at Mt. Olivet Baptist Church under the leadership of the late Rev. Harris in Louisiana.  He was baptized at the young age of 10.

Willie moved to Oregon to join his older brothers and other family members in approximately 1956.

Willie was a very smart man and had a love for music.  Willie was a musical artist; he played the guitar and sang.  He was well known for playing in clubs all over the United States and was known as “Cloudy”, his stage name.  As a young boy Willie taught himself how to play the guitar by making a homemade guitar using the door frame of a room and nailing the bristles to it.  This was called a door-faced guitar.  Willie would get yelled at by his mom for tearing up her brooms.  When he got a little older he worked and saved his money and ordered his first guitar from the Montgomery Ward catalog.

You could ask him anything about music and he could tell you, including which instrument was playing in a song at any particular time.  He had an ear for music.

Willie was a kind and gentle soul.  He loved his family and had a special love for his one and only son, Leroy.  He was always concerned for others and making sure everyone else was taken care of.  He never met a stranger, he was friendly and polite to everyone he met.  He would talk to everyone, asking how they were doing.  He was so funny.  Always had something sarcastic and funny to respond with when you asked him a question.

Willie had a special bond with his late sister-in-law Herculene.  He knew he could always go to her and his brother Suno’s home for a good meal which had to include beans!  He had a love for life, family, music and food.  He also had a great sense of humor!

In the mid to late 90s, Willie gave his life to Christ under the fellowship of Pastor John Stewart at Church of the Living God PGT Temple 2.  In 1997 he announced that he had given up doing any secular music and began playing only in the church.

He leaves to cherish his memories, his son Leroy Minnieweather, granddaughter Kiana Crawford and grandson Jayden Dabney-Minnieweather and a host of nieces and nephews.

To send flowers to the family or plant a tree in memory of Willie Minnieweather, please visit our floral store. 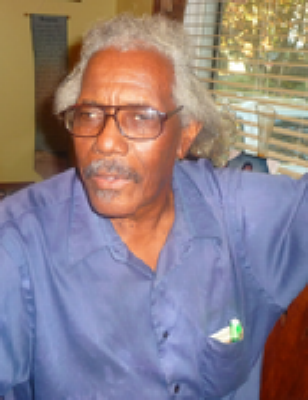 Family and friends are coming together online to create a special keepsake. Every memory left on the online obituary will be automatically included in the book.

You can still show your support by sending flowers directly to the family, or by planting a memorial tree in the memory of Willie Minnieweather
SHARE OBITUARY
© 2023 Rose City Cemetery & Funeral Home. All Rights Reserved. Funeral Home website by CFS & TA | Terms of Use | Privacy Policy | Accessibility