Share a memory
Obituary & Services
Tribute Wall
Read more about the life story of Tesfai and share your memory.

Mr. Tesfai Woldemariam Reta was born on March 15, 1956, to Mr. Woldemariam Reta
and Mrs. Letensei Hedegeo in Akordat, Eritrea. Tesfai spent his entire childhood in
Akordat where he attended elementary through high school. As a child Tesfai was fiery
and high-spirited. He was full of mischief and had a magnetic energy that made him
beloved amongst his childhood friends.
As he matured Tesfai‘s uninhibited nature calmed, and he became a poised self-
assured young man who was highly admired by his peers. During his teen years he
became a strong athlete who competed in a number of sports, but his truest passion
was soccer. Tesfai was naturally gifted and became well known in the region as a
talented soccer player. At age 17, his athletic pursuits were abruptly interrupted by one
of the most horrific days in Eritrean history – Black Sunday 1974. On this day a
massacre on the people of Akordat and the surrounding region occurred, and Tesfai,
along with many of his peers, was inspired to join the Eritrean People’s Liberation front
and fight for Eritrea’s independence.
After some time as a rebel solider, Tesfai decided to move to Aroma Sudan and reunite
with his eldest sister Selase. There he secured employment as an assistant mechanic
for an Italian development company. Naturally adept and a quick learner, Tesfai quickly
advanced to a supervisory role and was respected by his colleagues. Three years later
he decided to relocate to Port Sudan where his older brother Fessehai lived. There he
met and fell in love with Zimam Asefa Beraki who would later become his wife. In 1979
Zimam and Tesfai welcomed their first child Tsega whose birth made their bond only
stronger.
In 1980 Tesfai began working for an American resettlement agency. During his
employment he received an opportunity to apply for resettlement to the United States
for himself and his family. Along with his wife, daughter, and 3 brothers, Tesfai
immigrated to the United States. After arriving in Portland Oregon, he decided to further
his education and enrolled at PCC. Thereafter he joined the workforce and settled into
his new life.
Tesfai found no greater joy than gathering with his loved ones to share food, laughter,
and precious moments. With little opportunities for social interaction, and limited time
with friends and family, Tesfai slipped into depression, and would battle mental illness
for the rest of his life. Despite these challenges, those who knew him always
remembered him for his charming and charismatic nature. A sweet soul with a zest for
life who exuded warmth and wanted nothing more than to put a smile on your face.
On November 6, 2022 Tesfai was tragically taken from this life after falling ill with
pneumonia. Tesfai was preceded in death by his parents Woldemariam Reta and
Letensie Hedego and his siblings Kahsai Woldemariam, Selase Woldemariam, Awetash
Woldemariam, and Habte Woldemariam. He is survived by his children Tsega
Woldemariam and Michael Reta, the mother of his children Zimam Asefa Beraki, and
his brothers Mehari Woldemariam Reta, Fessehai Woldemariam Reta and Garmai
Woldemariam Reta, and his nieces and nephews.
Although losing our father, brother, uncle, and dear friend has caused profound
sadness, we are eternally grateful to have been graced by his love. Our memories of
Tesfai will forever be cherished.
Gone yet not forgotten - Forever in our hearts.

To send flowers to the family or plant a tree in memory of Tesfai Reta, please visit our floral store. 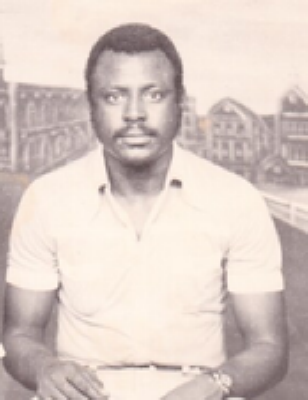 
Family and friends are coming together online to create a special keepsake. Every memory left on the online obituary will be automatically included in the book.

You can still show your support by sending flowers directly to the family, or by planting a memorial tree in the memory of Tesfai Reta
SHARE OBITUARY
© 2022 Rose City Cemetery & Funeral Home. All Rights Reserved. Funeral Home website by CFS & TA | Terms of Use | Privacy Policy | Accessibility