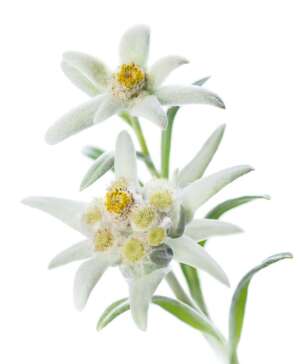 Ernest Stanley Marbott was born on September 15, 1928 and passed away July 12, 2022. His parents were Ernest Marbott Sr. and Anna Bauer Marbott.  When asked where he was born,  Ernie always answered “on Buffalo Street”.  Eventually his family moved to northeast 18th and Columbia Blvd. where they built and established Marbott’s Greenhouse and Nursery. Ernie spent his entire life in northeast Portland. He attended Woodlawn and Sabin schools. In the early days, the nursery was surrounded by dairy farms and produce markets and farms. Ernie remembered how close the water came to the nursery during the Vanport flood and remembered the winter the Columbia River froze.  Ernie did not attend Jefferson High School, but knew everyone who did. He even got invited to Jefferson High Reunions!
Ernie was a sergeant in the Army and was stationed in Korea.  One of the care packages he received from home was grass seed.  He was the only soldier with a patch of grass outside his tent!
Upon returning from Korea he spent a short amount of time at Oregon State University before returning home to help run the nursery after his father’s death in 1954.
In the summer of 1955 Ernie met Constance Louise Bartlett while waterskiing on the Columbia River. They married in January of 1956 and they had 4 children, Leslie, Larry, Lynda and Loren (died in infancy).
Ernie could make or fix almost anything.  He enjoyed woodworking and made many pieces of furniture, including an inlaid coffee table and china hutch with intricate carvings. He also did leather tooling and made wallets, belts and phone book covers.
Ernie’s true passion was the nursery.  He was one of the first growers in Oregon to grow poinsettias and after several years of cross pollinating Gloxinias by hand he was able to collect seed on a new Gloxinia color he named Marbott’s Pink.  Although this was not a money making venture, he was so proud to have “Marbott’s Pink” listed in seed catalogs.  Ernie NEVER took time off just to relax.  When he did travel with Connie in later life he got anxious to be back at the nursery after just a few days away.  One of his favorite sayings was “Get to Work”.
As Ernie got older and was unable to do heavy work, he loved sitting at the nursery’s outside counter where he would greet customers and give growing tips.  He was well known for refusing to sell certain plants - especially vegetable starts - because it was too early in the season to plant. It was more important for Ernie to help customers grow plants successfully than to make a quick sale.
Ernie is survived by his wife Connie, children Leslie Marbott, Larry Marbott, Lynda (Ken) Collmer, granddaughters Lauren (Zach), Eileen (Jake), Natalie and great-granddaughter Everett.

To send flowers to the family or plant a tree in memory of Ernest Marbott, please visit our floral store.

A Memorial Tree was planted for Ernest

Join in honoring their life - plant a memorial tree

You can still show your support by sending flowers directly to the family, or by planting a memorial tree in the memory of Ernest Marbott
Share a memory
© 2022 Rose City Cemetery & Funeral Home. All Rights Reserved. Funeral Home website by CFS & TA | Terms of Use | Privacy Policy | Accessibility